Just wanted to say what a great job you guys are doing with db visualizer. I've been using it for years. As a java developer, I've worked for many...

10 years with DbVisualizer - a look in the rear view mirror

DbVisualizer started as a project back in 1998 when we needed a tool with the primary objective to visualize primary-foreign key mappings in Oracle databases. At this time most database tools were operating system specific. Only a handful Java based tools were available and none did what we needed. The choice of Java as the implementation language and platform was obvious at the time, as Java was just a few years old, burning hot and JDBC drivers were available for the major databases. After a year of coding it was made available in July 1999 as a beta freeware on the web. Soon after we were thrilled to see the Web traffic increase, especially during 4 weeks in September when DbVisualizer appeared on the front page at www.jars.com (a popular Java site at that time) and voted "Top 5%".

DbVisualizer was initially a tool for "visualization" and the only support to manage database objects was through the SQL Commander, which at that time was a really basic SQL editor. The 1.0 version was released in December 1999.

One experience offering a freeware is that users are so positive, even the most annoying bugs are reported as minor flaws and users are surprised to get any response at all. DbVisualizer continued to evolve, based on feature requests and our own views of what was needed, and the list of features got longer. It appeared in a few articles at for example itworld.com, davecentral.com and was also referenced in various software design books.

The number of users steadily increased and we got a lot of feedback such as:

"I can't believe this software is available for free.  It is a tool I use daily in software development of enterprise Java applications.  A well written and wonderful tool!"

In October 2001, version 2.1 was released. The total number of downloads at that time was more than 40,000 which was really impressive given that we had not done any organized marketing. At this time, we started to wonder whether there was a market for a commercial edition. After carefully reviewing the competition, licensing models, and what features to commercialize, we made the decision to start developing the DbVisualizer Pro edition. Shortly after starting this work we got the following email from a reseller, which raised our hopes that there was a potential market around the corner even more:

"We are software reseller in France. One of our customers wants to buy 40 DbVisualizer version 2.1"

Finally on July 27 2002, the 3.0 version was released in two editions, the commercial DbVisualizer Pro and the free DbVisualizer Free Edition.

We were thrilled to receive the very first order from a customer in Miamisburg, Ohio, USA. The order flow continued and got stronger, confirming that we were onto something big.

During the fall of 2002, we were contacted by BEA Systems (acquired by Oracle in 2008), the market leader in the application server segment at that time. Their development product, WebLogic Workshop, lacked an interface for SQL databases and they asked us to integrate DbVisualizer and get it bundled with WebLogic. DbVisualizer 3.2 was then released in February 2003 with lots of command line options (primarily for WebLogic Workshop) and the table data editing feature which has since then been a key feature in DbVisualizer Pro. Based on the fact that BEA at this time was an industry giant, it was a really special moment for us to install the final version of WebLogic Workshop with DbVisualizer nicely integrated.

Up until 2004, DbVisualizer used only the built-in support in JDBC to obtain information about objects in the database. The object types supported by JDBC are schemas, databases, tables, indexes and basic information about procedures. Obviously, this is not enough as most database products supports far more object types and object granularity than what JDBC offer. We had to solve this and solve it in a way that did not bloat the DbVisualizer internals with database-specific logic, and it also had to be easy to administer and update. We decided to go with an XML-based solution. Announced in DbVisualizer 4.1, the database profile framework is defined per supported database in single XML file. It specifies exactly how database objects are visualized in DbVisualizer, how these are presented and how the objects can be managed. The introduction of database profiles in DbVisualizer was an important step as 80-90% of all database specific logic in DbVisualizer is expressed in plain text XML files that can easily be modified either by us or by the users.

Since then, we have seen major releases 6, 7, and 8 with increasingly more functionality. There is a fine line between producing bloatware and keep adding features that users really need. Thanks to frequent and well considered feedback from our users, we believe that we get the balance right. We certainly aim to keep DbVisualizer very focused, with rich functionality for core users but free from code that does not belong in a universal database tool. 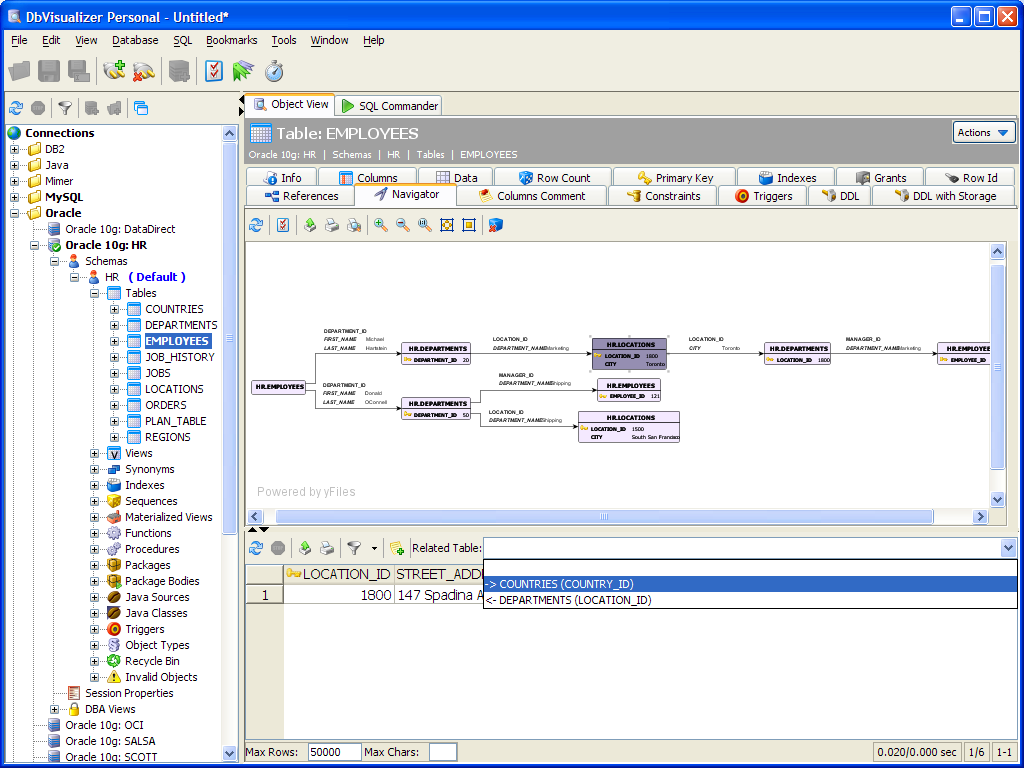 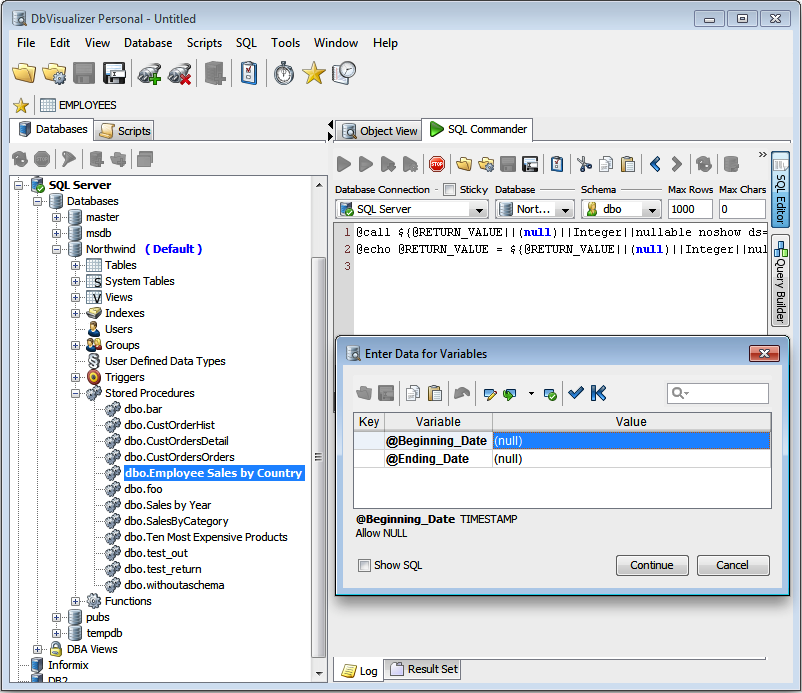 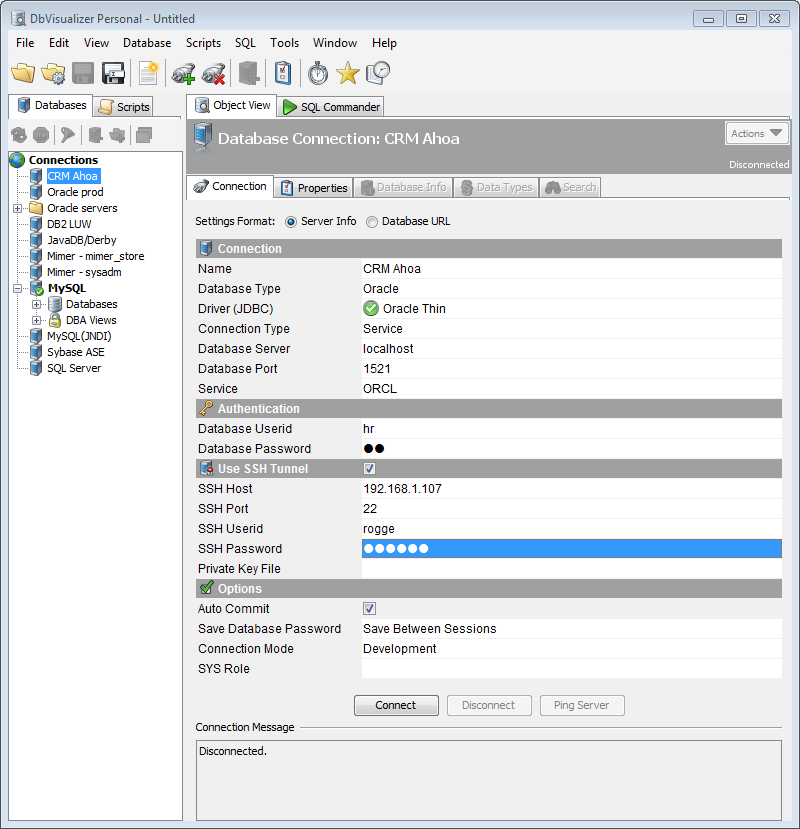 Today, 10 years after the first release, there are 12,000 customers in 95 countries, ranging from students to global mega-enterprises in all industries. We have development on two continents, in the US and Sweden, which we think is an important factor in keeping DbVisualizer true to its spirit and in line with evolving user needs.

Mail me when new features are announced